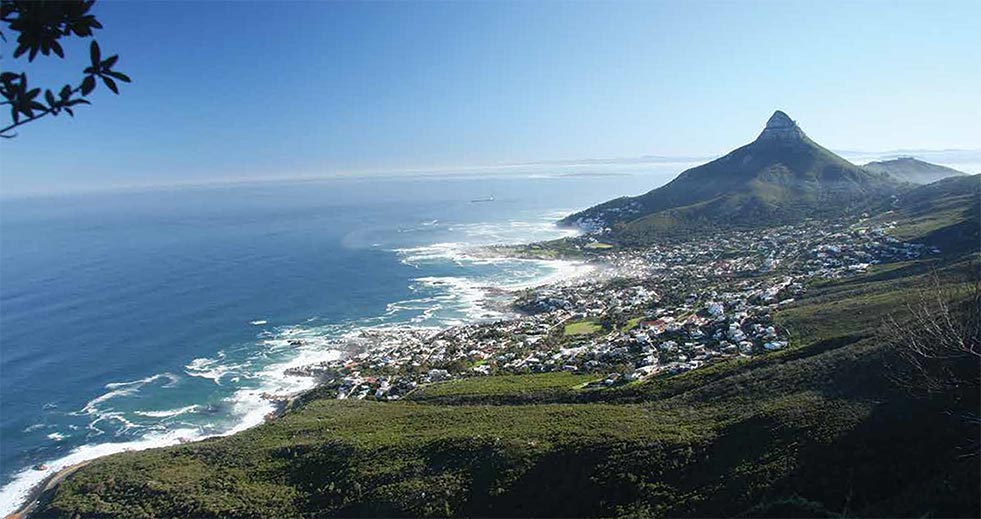 ‘Cape Mountains’ is our theme for 2015. Not only do we focus on this spectacular and rugged part of the fynbos, but we also highlight some of the plants and animals which make this region so special.

The Cape mountains sedimentary layers were deposited in a massive ocean basin over a period of some 150 million years, with this process commencing nearly half a billion years before present. This was followed by upliftment and subsequent erosion to form the Cape Fold Belt. The backbone of these remarkable mountains – the highest is Seweweekspoort Peak (2 325 m) – is formed by resistant sandstones and quartzites which stretch from the Bokkeveld Plateau in the north-west to the Kogelberg in the south, and from the Cape Peninsula to the Zuurberg near Grahamstown in the east, a combined distance of well over a thousand kilometres.

The range of climate – winter rainfall Mediterranean type in the west and north, grading to summer rainfall in the east, coupled with great topographic diversity and infertile soils, has provided a challenging tapestry for the evolution of the resident fynbos vegetation over several epochs. These mountains contribute in no small way to one of the greatest plant species diversities in any temperate region in the world – the Cape Floral Region. Nearly 9 500 plant species are found in an area of only 90 000 km², 68% being endemic to the Cape flora.

These impressive mountains are a paradise for the day-tripper and avid hiker alike. Several hundred kilometres of trails exist in various nature reserves and national parks, whilst many roads criss cross their length and breadth at regular intervals, providing access for the not-so-fit.

In this calendar we hope to capture the spirit of just some of the western Cape Fold Belt mountains which have made this region so desirable for the outdoor enthusiast. From the more accessible Cederberg to the challenging Hex River range, and from the breathtaking scenic beauty of the Kogelberg coastline to the world-renowned Cape Peninsula, with its iconic Table Mountain. Each of the main images has been carefully selected to draw the reader into the picture, so instilling a desire to explore…
We trust you take great pleasure in this calendar, as much as we have enjoyed its production!